In the last 200 years the dominant views in psychology have changed, and gradually became more complex and comprehensive. Despite this, many would argue that they are all flawed,  because they only use one thing to explain behaviour. E.g in behavioural psychology every behaviour is a learned association, in psychodynamic psychology almost every behaviour can be explained by unconscious conflicts.

In my opinion, reducing human behaviour down to one function means that a theory can never completely explain how we behave, as we are too complicated for that. Luckily, philosophy got to that conclusion years before I did. 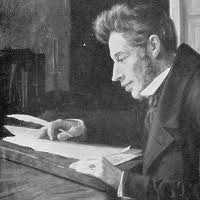 Existential Philosophy is a philosophy that concentrates on human existence and meaning, and was founded by philosopher Soren Kierkegaard .

Existential Psychology isn’t a viewpoint in itself, but a therapeutic addition to existential philosophy. Its therapy aims to help people accept the anxiety, meaninglessness and aloneness that is part of life if they are overwhelmed with it, but the therapy does not try to remove those feelings. It also does not believe in mental illness, viewing every behaviour as simply a decision on how the person lives their life.

It also avoids the ideas of personality types and reducing people to collections of traits. Instead it proposes 4 possible ways of relating to the world, which are all connected to each other. The 4 dimensions are Physical, Social, Psychological, and Spiritual; these translate as being focused on the immediate world, community world, personal world, or the unknown/ideal world.

This existential viewpoint eventually became part of the Humanist perspective on life- humanist in this sense means the study of what is uniquely human- which began to be applied to psychology in  the 1950’s as psychologists searched for a holistic way to understand people. The first psychologist (as opposed to philosopher) to study the integration of existentialism and humanism was Rollo May (though he defined himself as an existential psychologist), followed by Carl Rogers, Clark Moustakas,  and Abraham Maslow.

Humanistic psychology borrowed some ideas from psychodynamic psychology as well as from philosophy; Maslow declared himself “indebted to Freud”, while  Humanistic therapy ideas shared psychodynamicism’s foundation of talk-based therapies. However, existential psychology and therapy based themselves not based on the past, but on the choices possible in the future, a much more optimistic branch of therapy than any before it.